Our paper was accepted for New Generation Computing. 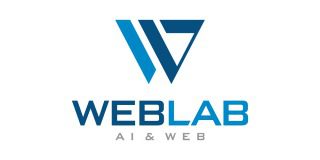 Our paper was accepted for New Generation Computing.

■概要
Vision Transformer (ViT) is becoming more and more popular in the field of image processing. This study aims to improve the robustness against the unknown perturbations without retraining the ViT model from scratch. Since our approach does not alter the training phase, it does not need to repeat computationally heavy pre-training of ViT. Specifically, we use test-time adaptation (TTA) for this purpose, which corrects its prediction during test-time by itself. The representative test-time adaptation method, Tent, is recently found to be applicable to ViT by modulating parameters and gradient clipping. However, we observed that Tent sometimes catastrophically fails, especially under severe perturbations. To stabilize the adaptation, we propose a new loss function called Attent, which minimizes the distributional differences of the attention entropy between the source and target. Experiments of image classification task on CIFAR-10-C, CIFAR-100-C, and ImageNet-C show that both Tent and Attent are effective on a wide variety of corruptions. The results also show that by combining Attent and Tent, the classification accuracy on corrupted data is further improved.

Our paper was accepted for Transactions of the Japanese Society for Artificial Intelligence : AI.
November 28, 2022

Our paper was accepted for Pattern Recognition Letters
November 14, 2022

Our paper was accepted for Advanced Robotics.
October 12, 2022